The sleep apnea is characterized by noise and interruptions in breathing that are repeated at least five times within 60 minutes. This is not a simple snore. In the apnea, the night noise is choked by gagging – and the hard thing is that often the individual does not even notice them while sleeping. These short pauses in the air intake decrease the concentration of oxygen in the blood.

This is where the more serious consequences of the disorder derive. The reduction of oxygen overactive the nervous system, which raises the rhythm of the heart beats and stimulates the contraction of the blood vessels. And, over time, it perpetuates itself throughout the day. Hence the fact that sleep apnea is considered a risk factor for high blood pressure and cardiac arrhythmia.

In addition, the condition favors the accumulation of abdominal fat and insulin resistance (a hormone that allows glucose to enter cells and generate energy), conditions that contribute to the onset of type 2 diabetes.

Obstructive sleep apnea is the most common version of the disease. In these cases, the air stops flowing into the airways due to a temporary blockage caused by the relaxation of the throat muscles – anatomical issues interfere here. In children, the problem may be related to increased adenoids, glands located in the nose, or the tonsils, structures that are at the entrance of the pharynx. Central sleep apnea, in turn, is a rarer type, caused by a change in the region of the brain that controls breathing.

As being overweight is one of the main triggers of apnea, a healthy lifestyle with balanced nutrition and exercise is essential to get rid of the problem.

Smokers should make an extra effort and put the cigarette aside since the habit often worsens the condition. It is also advisable to manage at doses of alcoholic beverage, which in excess interferes with the sleep cycle and relaxation of the musculature of the throat and becomes a trigger for the disorder.

Noisy, restless sleep reporting is the starting point for apnea detection – and, in that sense, partner (or partner) assessment is most welcome. Confirmation and analysis of the severity of the disorder are done by means of an examination called polysomnography.

It is performed in a sleep laboratory of a hospital or specialized clinic. The patient spends the night connected to a device that records parameters such as heart rate, brain activity, eye movement, respiration, and oxygen level in the blood.

It is also possible to do this monitoring with a handheld device, the size of a watch, that is attached to the wrist and two fingers of the hand. Placed at bedtime, it signals sleep conditions. Then the device is taken to the doctor, who analyzes the results on the computer screen.

Knowing the origin of the disorder is crucial for the specialist to determine the control measures. If the person is obese, the initial recommendation is weight loss, associated with speech-language exercises to tone throat muscles.

Milder apneas, usually caused by the habit of breathing through the mouth, are usually treated with dilators of nostrils.
For those with a short jaw, custom-made orthodontic appliances project the bone or lower the tongue, making it easier for air to pass through.

One of the most effective ways to resolve breathing pauses during sleep is to use a mechanism called CPAP – an acronym for continuous positive airway pressure in English. As the name suggests, it is a mask that covers the nose and mouth and throws air into the airways. CPAP is considered the gold standard in the treatment of sleep apnea. When the reason for the problem is an anatomical incorrectness – in the architecture of the face or in the tonsils, for example – surgeries are indicated. Based on the article above, we provide a suitable video for you regarding How Sleep Apnea is Diagnosed and Treated ( ͡° ͜ʖ ͡°)

How to Improve Sleep for Shift Workers

6 Ways to Get Sleepy and Stay Wide Awake

How to Become a Light Sleeper

How To Get A Better Nights Sleep

How to Sleep Faster, 8 Steps 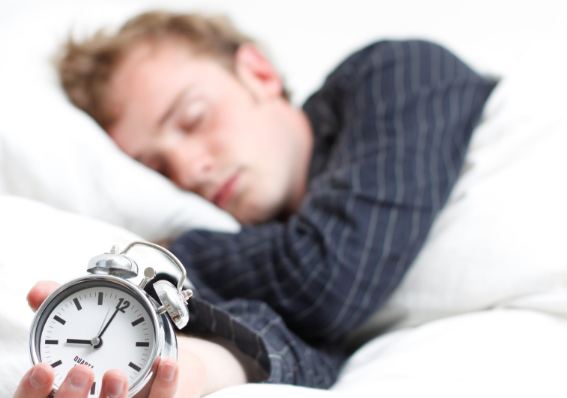