Is Donating Plasma Bad for You – The plasma donation is a process where plasma is separated and collected from whole blood when unselected blood components are returned to the donor. Blood is composed of four main components: red blood cells, white blood cells, platelets, and plasma. Plasma is a liquid portion of the blood-transporting coagulation factors, protein and other nutrients throughout the bloodstream.

The donation of plasma is also sometimes called plasmapheresis, but a distinction of therapeutic plasmapheresis has to be made. For treatment applications, the purpose of plasmapheresis is exhausted the circulation of substances responsible for the disease process directly. On the other hand, the target to collect plasma for transfusion is an efficient removal of specific elements of the blood, without causing damage to the donor due to over-exhaustion. 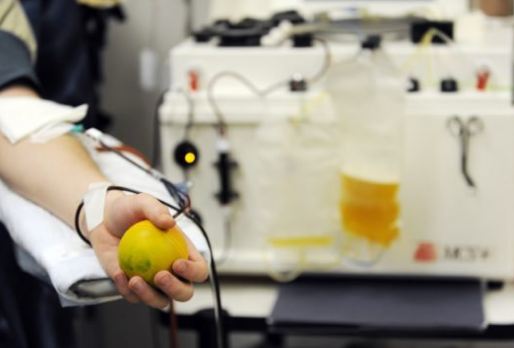 Is Donating Plasma Bad for You?

In the early days, the manual plasmapheresis was the main collection method. Blood was drawn in a primary pack containing the anticoagulant and some additional blocks. It was then centrifuged, while concurrently maintaining the intravenous line with a saline drip. The plasma was extracted and retained, and red blood cells are returned to the donor. The whole procedure was repeated ( “double so-called plasmapheresis”), yielding a total of 500 ml of plasma once time.

Although the manual collection method is still available, the automated equipment is now routinely used due to its convenience and security improved product. The advantages of automated plasmapheresis are that the procedure is faster and more tolerable, donors are never disconnected from their blood (hence no risk of contamination), and the total extracorporeal volume is less than the double plasmapheresis.

Various machines were built exclusively for this purpose. They are based on the centrifugation principle as a way to separate the components of blood or to filter through a rotating cylindrical membrane. In modern instruments, an anticoagulant dose is also measured in an automated manner, controlled by a microprocessor.

Products made of plasma

Several products can be made from plasma donations. The immunoglobulin preparations are used which contain antibodies to protect patients with various infectious diseases such as varicella zoster, hepatitis B, and tetanus. The Intravenous immunoglobulin is also used to boost the immune system in people with various immune deficiencies, and treatment of a growing number of hematological, immunological and neurological diseases.

Plasma Albumin is used to restore the blood volume in shock or burn patients, as well as to help in treating kidney and liver diseases. The factor VIII concentrate (antihemophilic factor) is used to prevent bleeding in patients with hemophilia A and von Willebrands disease (VWD) – hereditary abnormalities known a coagulation caused by a deficiency in factor VIII and von Willebrand factor, respectively.

Careful donor (Is Donating Plasma Bad for You?)

The criteria for plasma donors acceptance are more restricted than for routine blood donation. Examination Annual donor is often imperative, and detailed laboratory analyzes are carried out periodically. The agreement must be signed Detailed informed before the procedure, and each donor should be aware of all possible hazards.

If plasma donors have their red blood cells returned during the procedure or take the whole blood, at least eight weeks must elapse before the next donation. Regulations in USE and Europe differ significantly; the maximum plasma amount that can be donated in the US is 50-60 liters a year, but in Europe, it is only 15 liters in the year.

The manifestations of diseases of blood-loaded donation centers were described. These manifestations have arisen due to the practices associated with the injection of human blood, reuse of the material, and the sharing of syringes or intravenous lines during apheresis. Thus commercial plasma donation in less developed countries sets donors and recipients at risk of contamination by the plasma pool of blood-borne pathogens.

How to Cure Bad Breath coming from Stomach

What is The Effect of Low Plasma Albumin

Is Popcorn Bad for Diabetics?