To treat melasma, which consists of dark spots on the skin, whitening creams such as hydroquinone or tretinoin can be used, or cosmetic treatments such as laser, chemical peeling, or micro-needling, guided by a dermatologist.

Melasma is more common in regions exposed to the sun, such as the face, so it is very important to use sunscreen for whitening to be satisfactory and for no new lesions to appear. In addition, melasma can have several causes, such as hormonal changes in pregnancy, use of contraceptives, use of some medicines, or aging, for example.

Melasma is curable, and the best treatment varies according to the type, the location of the affected body and the depth of the stain, which can be superficial, or epidermal, deep, or dermal, and mixed, so it is important to talk to the dermatologist to decide the ideal treatment:

The creams that lighten stains are very effective, as they make a long-term treatment, but with long-lasting results, and can be used anywhere on the body:

The treatment time varies according to the product used and the depth of the affected skin, and the results can start to be seen after 2 to 4 weeks of treatment, which can last up to about 6 months.

Treatment of melasma with hydroquinone

These types of treatment must be carried out by qualified professionals, and are guided by a dermatologist, as they promote the removal of the superficial layer of the skin, and provide faster results:

Generally, several sessions are necessary to obtain the desired result, which varies according to the intensity and depth of the melasma.

The laser is a great option for treating blemishes, as it releases a heat wave on the skin, which destroys the melanin pigment, and is indicated in cases of deep melasma or that has not improved with the treatment with creams or cosmetics.

Weekly sessions are held, and the amount also varies according to the severity and depth of the stain. In addition, this treatment should be done only by a qualified dermatologist, due to the risk of skin burns.

The use of some supplements can be useful during the treatment of melasma, as it supplies some deficiencies of vitamins and minerals important for the health of the skin, which may be lacking in the diet.

Some options are tranexamic acid, which inhibits substances that cause skin darkening, as well as antioxidants, such as vitamin C, lutein, collagen, carotenoids, flavonoids, selenium and minerals, which help in skin recovery, in addition to preventing wrinkles and sagging .

It is the most important treatment for melasma, as no other treatment will be effective without protecting the skin from the sun\’s rays. The sunscreen should be used with a minimum factor of 15 SPF, every day, even if the day is cloudy or the person remains indoors.

It is also important to avoid exposure to the sun during the treatment of stains, and if you are in sunny environments, it is important to replace the sunscreen layer every 2 hours.

How to treat melasma in pregnancy

To treat melasma during pregnancy, also known as chloasma, one must use sunscreen and natural moisturizers daily. Preferably, the products should be hypoallergenic and oil-free,  so that they do not cause oiliness in the skin and, thus, avoid the appearance of pimples, also common in pregnancy.

The use of whitening creams or aesthetic treatments with chemicals, acids, or lasers is contraindicated in pregnancy. In very necessary cases, azelaic acid and salicylic acid in low doses are not at risk during this period, but preferably, any treatment should be postponed until the end of pregnancy and breastfeeding.

In addition, due to hormonal changes in pregnancy, the treatment of skin blemishes is hampered, and it is also very likely that the blemishes on the skin will naturally improve after the end of pregnancy. Based on the article above, we provide a suitable video for you regarding Best Treatment Options for Melasma ( ͡° ͜ʖ ͡°)

Sciatic Nerve Pain: What It Is, Symptoms And How To Relieve 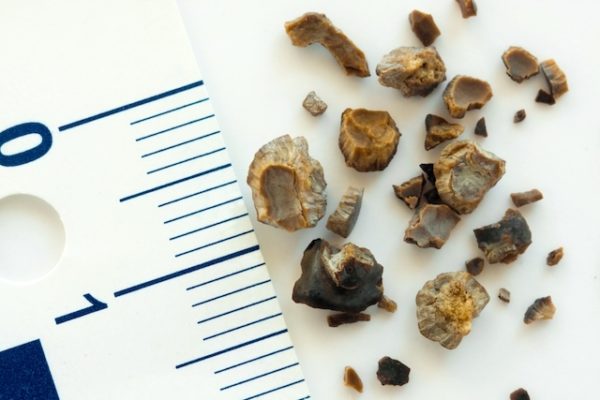 Kidney Stone: Causes, Symptoms and How to Eliminate

Can Coconut Oil Get Rid of Acne?

How to Get Rid of an Itchy Throat